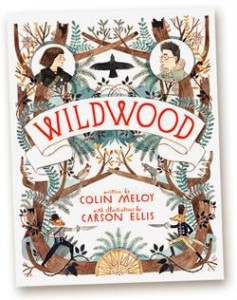 Imagine This. A Friend.

Comments Off on Imagine This. A Friend.

Imagine this. A friend.

Beekle gets tired of waiting to be imagined, and sets off on a journey through the real world to find his friend.

What is so magical about this book is the interplay between the real and the fantastical. The combination of both elements in such close proximity makes us believe anything is possible. Beekle is a spectacular creature, yet he is wearing a crown held together with Scotch tape. Heck, I could make that crown.

And that, right there, is the magic in this book. It is filled with everyday magic that could give even those of us in our saddest and loneliest moment a glimmer of hope.

Dan Santat assumes that we have spectacular imaginations, like the kids in the story. Just check out the endpapers if you need more evidence of miraculous friends.

Children do have imaginations like this – all they need is a little time, encouragement and inspiration. I’m so thankful Santat has provided us some inspiration in The Adventures of Beekle the Unimaginary Friend and glad he has a Caldecott Award to show for it.

If you’d like a CCSS aligned worksheet for first and second graders to get started on a story about an unimaginary friendship of their own, try this free download: Unimaginary Friend Story Sheet.

Title The Adventures of Beekle the Unimaginary Friend